SMB3: Letters from the Princess 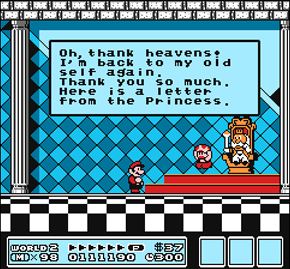 
Upon rescuing the King of each world in Super Mario Bros 3, his Royal Majesty will present you with a message from the Princess.

The Dame speaks in code... Apparently, it's common knowledge that the messages seem to be out of order... Some clues are obvious, except for the strange hint at the end of World 3.

World 1:
"If you see any ghosts, be careful. They will give chase if you turn away."
(Enclosed Jewel: P-Wing)

One of the few messages that doesn't seem out of order... Boo ghosts tend to show up in the 2nd World, and that's where Mario is headed next. 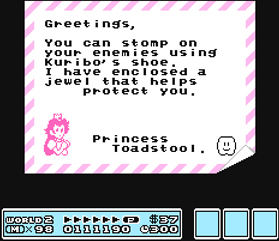 Premature Information...? From a beginner's perspective, they might wonder what the hell she's talking about. Kuribo's shoe isn't found until world 5, yet Mario receives this message after completing World 2... So it's not a useless hint... 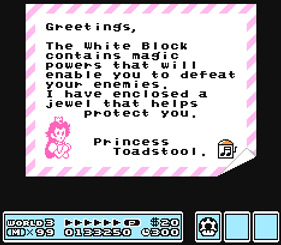 World 3:
"The White Block contains magic powers that will enable you to defeat your enemies."
(Enclosed Jewel: Music Box) 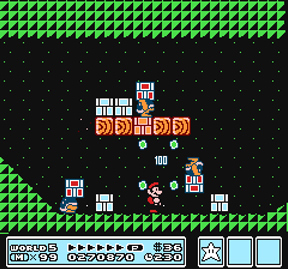 "White Block... Magic Powers... Defeat Enemies" I haven't been able to find a definitive answer on this one... A popular belief is that it refers to the Ice Blocks, a favorite weapon of Buster Beetle... I've heard others claim it could be the bouncing note blocks, Jugems Cloud, or even the Music Box that puts the Hammer Brothers to sleep... 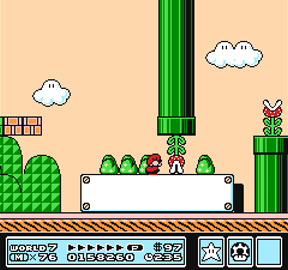 I tend to believe that "white block" refers to the odd white blocks that appear in various worlds... There are 5 or 6 of these unusual white blocks in the game, and one of them conveniently leads to a Whistle. 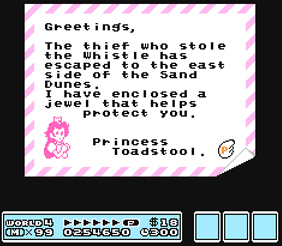 World 4:
"The thief who stole the Whistle has escaped to the east side of the sand dunes."
(Enclosed Jewel: P-Wing)

A little late for this hint, princess... We can't easily go back to the dessert at this point of the game. Unless it's encouragement to play the game again to see what we may have missed. I know that among friends, the Whistles in World 1 were found relatively soon, while the Desert Whistle was "discovered" later on...

World 5:
"Be careful in the Ice World. The creatures trapped in the ice will come to life if warmed."
(Enclosed Jewel: Jugem's Cloud)

This message from the Princess actually falls into place. Mario has just completed world 5, and he's on his way to World 6, which is Ice Land. 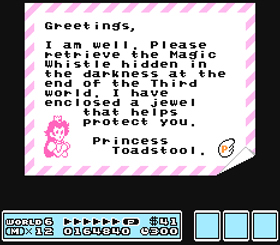 World 6:
"I am well. Please retrieve the magic Whistle hidden in the darkness at the end of the Third world."
(Enclosed Jewel: P-Wing)

Some people misinterpreted the clue to literally mean the game's third world, the Island World. But there's nothing hidden there, so the clue must pertain to World 1-3, which is the third stage in the game. Still, this message arrives rather late... Perhaps we need to shoot the messenger for his tardiness in bringing in the message to the castle... 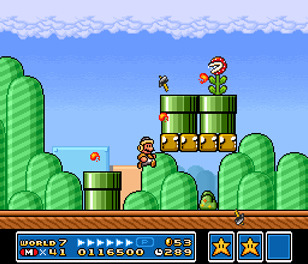 World 7: We all know why there's no Princess letter here... If you're scratching you're head, then you definitely need to go back and play this awesome game again... I don't care if it's more than 20 years old! Super Mario Bros 3 is a classic, a bestseller, and easily better than half the stuff they're coming out with now...
Posted by DetErest at 4:05 PM