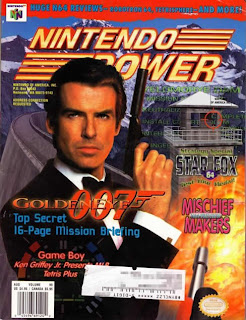 I've lost touch with a lot of things I enjoyed when I was younger. (Thanks largely to all the pesky trials that "life" keeps throwing at me)... So it comes as no surprise that I'm just learning that Nintendo Power published its' final issue in December of 2012.

All the coolest games were from the 1990s anyway, which is the main reason I elected not to renew my Nintendo Power subscription in 2001... Which incidentally, was right before the Detstar Gaming Network came to be.

Why am I, an antiquated, ex-gamer ranting on about this? I don't know. Why are you still reading this far? That's a question for both of us. I guess I had a revelation that I felt like typing out.

Truth is, there likely never would have been a Detstar if there hadn't been Nintendo Power... 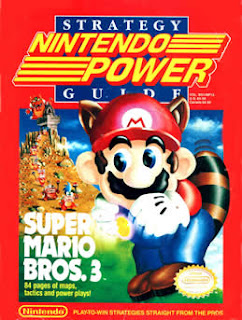 Let's start back in 1990. Super Mario Bros 3 was the most amazing game that most of us had ever seen. The Nintendo Power Strategy Guide for Super Mario Bros 3 was like a bible. I still have my copy of the book, all worn, taped, and barely together... (But all the pages are there!) Countless secrets and full color maps stuffed in there...

But that book basically set the standard for me on what a guide should be... Ever since, I feel as if many strategy guides just show you all the basic stuff, but don't get into the real secrets. The guides will help anyone complete a game... But there never seemed to be any substance to satisfy a seasoned player...

Fast forward to 1997, and GoldenEye 007. I was immediately hooked. As a fan, I bought the players guide. I wasn't expecting anything special, and therefore wasn't surprised to find a standard guide. Fine for beginners, but definitely not enough to satisfy an avid player who'd already beaten the game before owning it.

Hence the creation of detailed strategy pages and maps that eventually became the GoldenEye website, which evolved into Detstar. The goal of creating a "guide" for players who had completed the game, but weren't ready to put it down, still craving more secrets, tricks, glitches, mysteries, things to find, and fun things to try...

I'll always cherish the value of a good book or magazine... But the advantage to online publishing is that new pages and updates can be added indefinitely... The never-ending content seemed to essentially feed itself, with contributions from thousands of readers, which led me to create countless pages... Eventually creating what, at the time, was the most comprehensive GoldenEye 007 guide in existence. At times, I really wanted to go back and re-write half of what I had written... After the game had been out for a decade, half of the pages seemed like they were written by a teenager...

It's amazing to see that so many people have taken it to the next step, documenting and photographing every single in-game item and character, and modifying my favorite game in ways I never dreamed possible.

I've since considered that my young mind may have imagined the Super Mario Bros 3 players guide to be more amazing then it actually was... But I've played Super Mario Bros 3 as recently as this winter, and I still maintain that it's got to be one of the most complete guides ever published.
Posted by DetErest at 3:20 PM No comments:

Picked Up Some Ammo...

In the process of cleaning out an old workshop, I just happened to uncover several metal ammunition boxes from World War II. The shells are long gone, and none of them are in great condition mind you, but there's definitely some historic value.

Not only do they match the retro look of ammunition boxes found in GoldenEye, but they're a chilling reminder of the war against Hitler and Nazi Germany.

Most of the metal ammo boxes are dark and square, but one of them just happens to be a wide green rectangular box. That very style of munitions crate was also the inspiration behind the green ammo boxes from GoldenEye 007.

Collectors will sometimes buy them for a few hundred bucks, but I just like having 'em because they're freakin' cool.

Maybe I'll clean one of them  up and keep some of my ammo in there...
Posted by DetErest at 5:59 AM No comments: